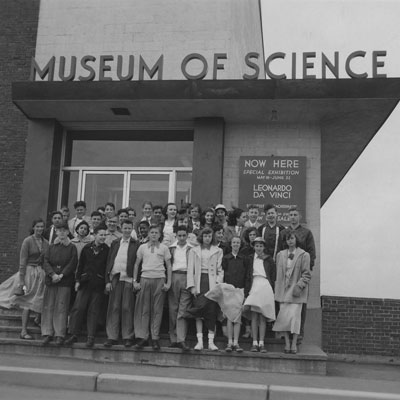 Growing up in Medford, Massachusetts, Michael Bloomberg used to take a trolley, a subway, and a bus to the Museum of Science every Saturday morning. Of this decades-long relationship, Bloomberg says, "I know how important this Museum is and what an impact it can have on young people — because I was one of those young people." 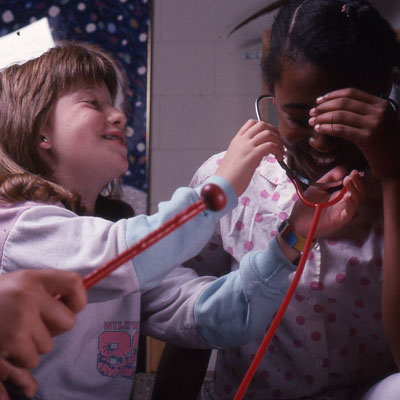 Now Bloomberg — a renowned philanthropist, engineer, and 108th mayor of New York City — has ensured that visitors can have the same eye-opening, life-changing experiences he did as a boy. The $50 million gift provides an endowment for the support of the Museum’s Education Division to be named the William and Charlotte Bloomberg Science Education Center in honor of his parents. It also provides funds to research, design, develop, pilot-test, and disseminate computational thinking/computer science curriculum and activities, as well as funds to develop and produce high-quality food-science initiatives.

The largest single gift in the Museum’s history — the endowment solidifies the Museum’s position as one of the premier educational institutions in the world and transforms its ability to inspire all who enter to think, learn, and question. It also makes possible the longevity of the dynamic exhibits and inspirational programs you know and love. According to Annette Sawyer, vice president of education and enrichment, "by stepping forward with this commitment, Mr. Bloomberg has provided clear evidence that what we do at the Museum matters. We help people imagine and dream. We transform lives."

The Gift That Keeps on Giving 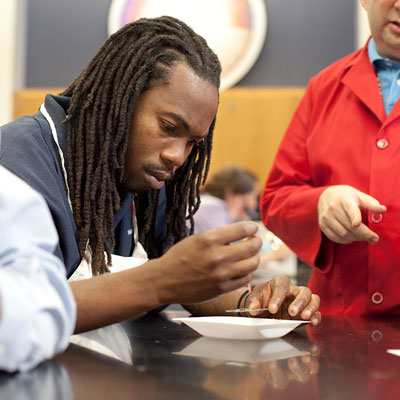 This endowment will support everything you think of when you imagine the Museum—from dynamic exhibits and live animal shows to teacher development and speaker events. This includes computer science and food science initiatives that will educate children about computer science and computational thinking, as well as nutrition, sustainability, food chemistry, and healthy cooking, respectively. "Michael Bloomberg has propelled the Museum forward in its ability to excite visitors with interactive experiences and continue the educational focus we’ve had for decades," says Christine Reich, vice president of exhibit development and conservation. "Fostering STEM habits of mind — questioning, imagining, creating, testing — has always been at the heart of the Museum. With this gift, we can continue our inspiring educational work into the future."

So the next time you visit, take note of the new dedication signage that heralds this gift. Also take note of the many familiar and thrilling experiences you’ve come to associate with the Museum of Science: the look of wonder in your child’s eye as he gazes up at Triceratops Cliff, the dramatic intensity of a lightning show in the Theater of Electricity, your budding scientist’s curiosity as she examines a fossil in the Discovery Center or measures her foot in the Hall of Human Life. Take note and consider: A young boy named Michael Bloomberg had a first teacher — one who had a profound impact on his life. As he will tell you, "that teacher was the Museum of Science."

Setting the Course of His Life

Michael Bloomberg grew up in Medford and spent much of his childhood at the Museum. Eventually settling in New York City, where he launched his world-renowned company Bloomberg, L.P. and later became a three-term mayor, he credits those visits to the Museum as inspiring him to "become an engineer, a technology entrepreneur, a philanthropist, and a mayor."

"Those mornings were the highlight of my weeks—and they helped define the course of my life," Bloomberg says. "The Museum of Science is where I learned to ask questions, to recognize just how much there is to learn about the world, and to follow science wherever it leads."

Museum president and director Ioannis Miaoulis could not be more honored by Bloomberg’s endorsement of the Museum’s mission. "We are thrilled by Mike's extraordinary generosity," he says. "With his gift, he is investing in young people — in making a new generation of critical thinkers. This generous gift dramatically expands our capacity to make science, technology, engineering, and math (STEM) accessible to all."

Learn more from The Boston Globe